Established in 1994, our restaurant is one in the same, offering an upscale Dining Room as well as casual Bar & Grill. Both menus are offered on either side, and there is no dress code. Reservations welcomed.

The original pressed tin ceilings and grand mahogany staircase have been restored to their 1871 grandeur. Local artwork adorns the walls of the dining room, and we offer private and semi-private dining upon request. Reservations accepted but not required. Open Daily @ 5pm, closed Sunday & Monday. 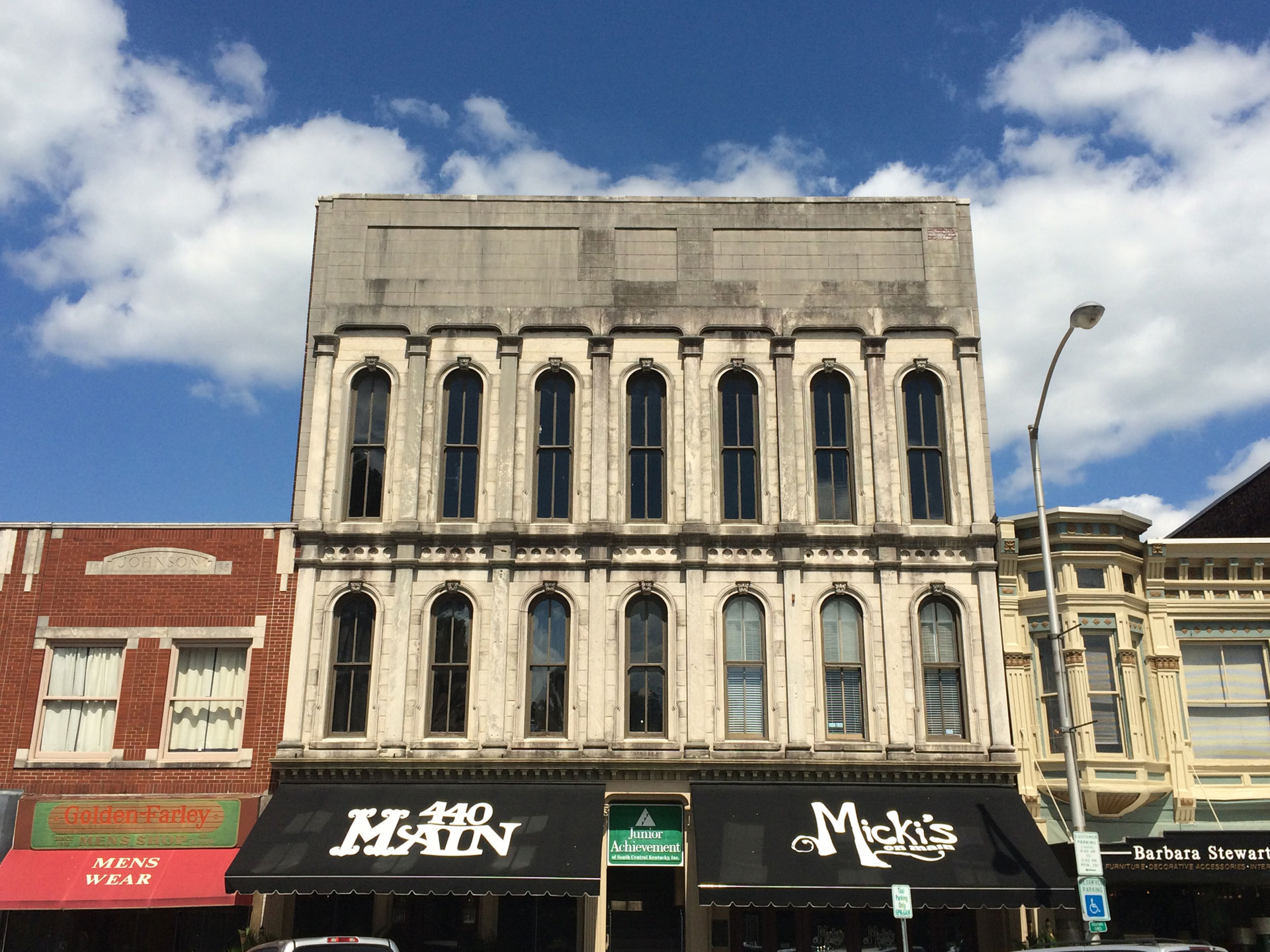 History of the Building

440 East Main Street was built for John Getty in 1871, and was constructed of local limestone. The building was sold and utilized as a dry goods and shoe store. 1930 the third floor was constructed into a skating rink, still intact, which also served as a dance hall for the elite of Bowling Green and a practice room for the Southern Norman School’s basketball team. The first level served as headquarters for local USO during World War II, then later housed Bowling Green Business University. The Original Parakeet Café was located here in the 1940’s, and until 1992, was also home to the local Western Auto Parts Store. 440 Main is also home to “Mary the Ghost” who resides in a closet on the second floor!

Have a question? Send us a message today!